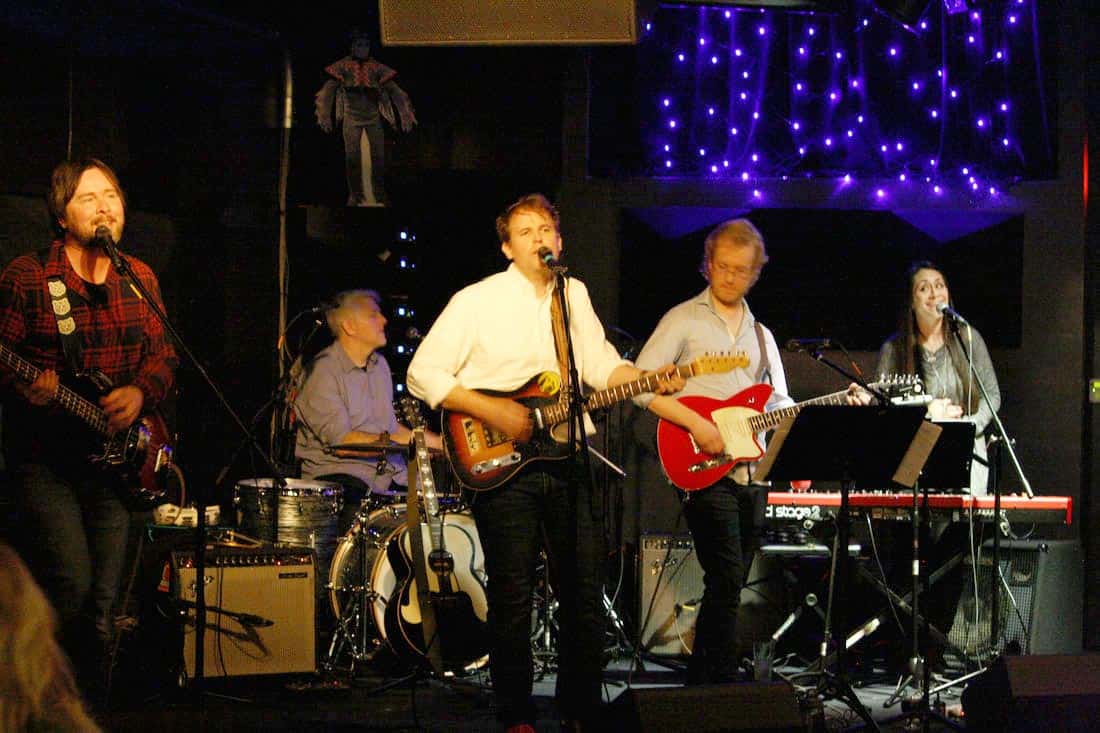 The George Martins formed in 2016 to perform at the annual Beatles-themed hunger relief fundraiser, All You Need Is Love (and food). The George Martins pulled together a set of 8 early Beatles songs and when they took the stage at that event, both they and the audience in attendance knew something special was happening. Since then, the band has perfected a repertoire spanning the entire career of The Beatles.

Combined, members of The George Martins have more than 100 years of experience writing, recording and performing music. But well before they picked up an instrument or turned on an amp, members of this band were singing along with Strawberry Fields Forever, playing along with Penny Lane, “na na na-ing” along with Hey Jude and reliving Beatlemania every day as a new generation of Beatlemaniacs began to grow up and take their own place in the world. The George Martins is a passion project and a life-long dream for the five musicians who now combine their efforts to learn and play the original material well, and perform it for you.

Members of The George Martins have a long history of playing in original bands in Cleveland and elsewhere, which continues today. Artists include Michael Miller (Mike St. Jude and the Valentines), Dave McHenry (Herzog), Tony Bunce (The Farther Shore, The Twilight), Karah Vance (The Village Bicycle), and Jason Weiner (Brave Girls, Mike Uva and Hook Boy). Their passion and experience combines to provide a heartfelt and accurate take on the music we all know so well and love so much.

​(Because they don’t have to.)